This unofficial guerrilla music video for Bachna Ae Haseeno (Hindi: बचना ऐ हसीनो) was shot through the streets of Mumbai, India in four days during mid-March 2011.

In English, “Bachna Ae Haseeno” means something like “Save yourself, pretty girls.” 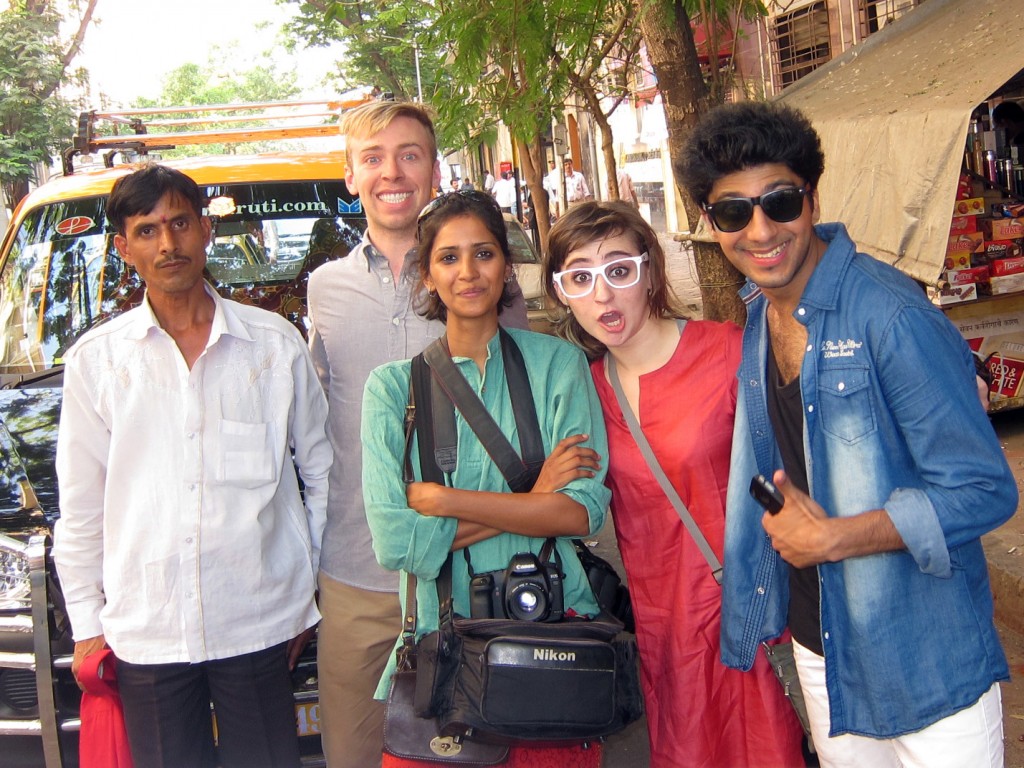 The very first Hindi film I saw was Ishq Vishq in 2004. (Shoutout to Amrita Rao!) Since then, making a music video in Mumbai was always a dream for me. I have spent about six months in India, mostly living with my friends in Dadar and Bandra West, Mumbai. (Hi Kaushal and Akshay!) I love the city: the people, the food, the tea. Making this music video was a way for me to honor Mumbai. And eat panipuri.

When I heard the words “I’m thinking of something kind of like… Brooklyn – meets – Bollywood” come out of Nick’s mouth, I immediately thought of hipsters…

Being white in India, even Mumbai, invites a lot of stares in itself, so for a white person to walk around with an obnoxious attitude and an accessory as impractical as empty frame ray bands was just a hilarious image for me.

I also wanted to compare and contrast this with the character of Bollywood Boy. Both characters are obnoxious in their own ways and they find that after they get over themselves that they can develop a genuine connection and friendship with one another. Continue Reading

One wild experiment, four loopy folks, four manic days, and a gazillion bewildered Indians on the streets later, Ladies and Gentlemen, we present to you this: Brooklyn to Bollywood.

Being used to shooting guerrilla (the documentaries teach fast), it was Nick who I first spoke with and who proposed the plan to me. I, obviously, really did not know what I was signing up for. And then by the time it did sink in, well, it was too late to retreat. Like we folks here would say, Teer kammaan se nikal gayi (the arrow had been released. The damage is done). Before Anne could say action, I was hooked, line, sinker, camera et al. Continue Reading

I got such an amazing experience from this. The four day shoot was a once-in-a-lifetime expereince for me which I am always going to remember. I still remember when I met Nick thru Anne, and he made me eat these panipuris which were amazing. Nick met me as a producer, and became my friend… and before leaving he was almost like my brother. His smile is so great. He is pure geniune soul. Nick you are the best. Without him BollyBrook wouldn’t possible. Anne is an amazing human being and the best dancer I have ever met. It was my destiny to meet her and work with her in this video. I think Bollywood is all over her. I mean, she directed a Bollywood video. She is a  sweetheart and dancer with pure soul. Anne thanks a lot sweetie. Shubhangi the all-arounder. She not even cinematographed the video, but is also the whole and soul of the video. Her hard work while shooting made me inspired more and more to give my best shot as an actor. She is an oustanding person, not only professionally but as a friend, too. Very helping.